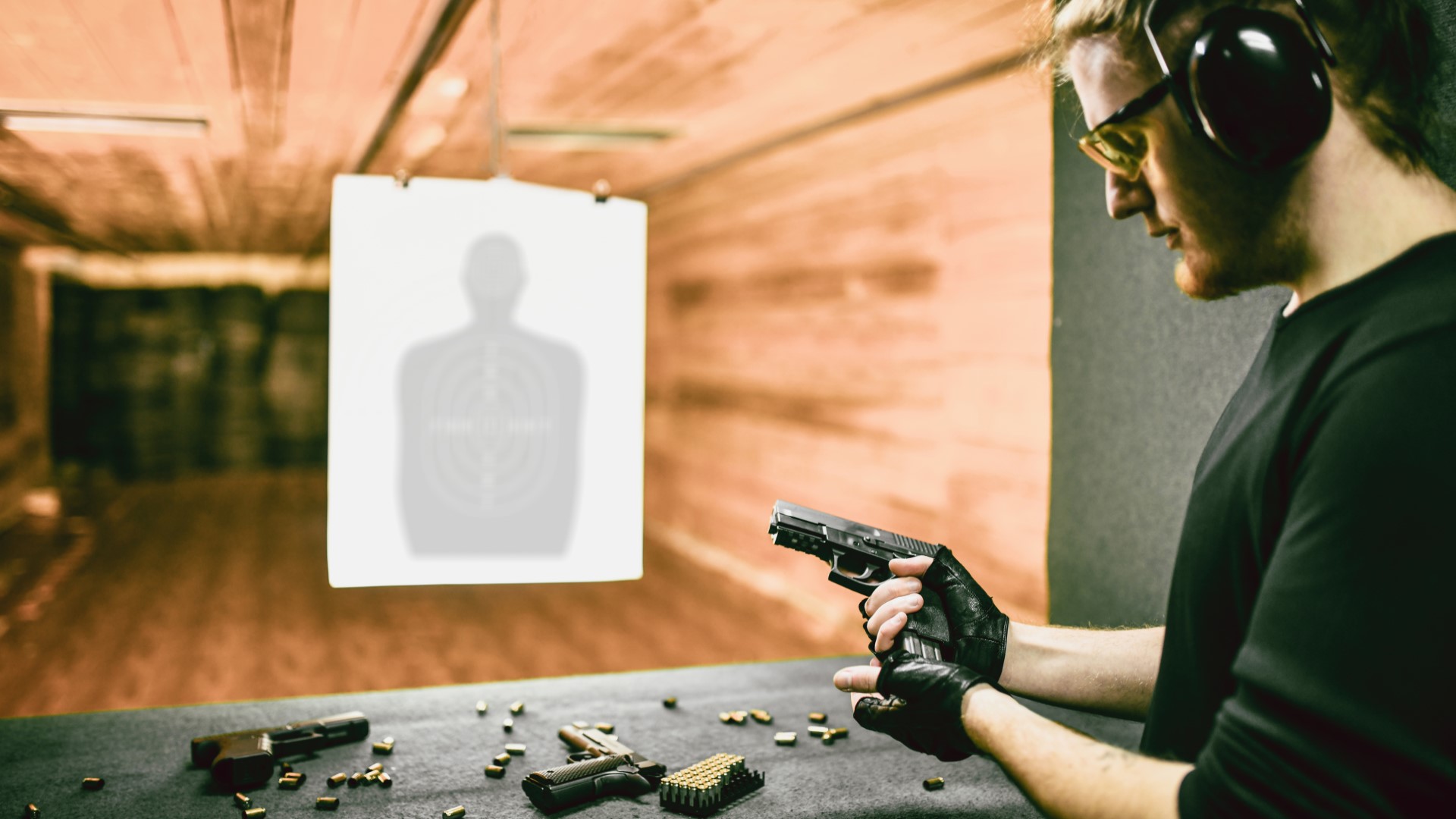 The three rules of firearms safety (ALWAYS keep the gun pointed in a safe direction; ALWAYS keep your finger off the trigger until ready to shoot; ALWAYS keep the gun unloaded until ready to use) are geared toward eliminating negligent discharge or, at the very least, putting that unwanted round safely into the berm. An ND is a sign that you need to get back to basics or seek more training. That said, there are some common scenarios that are most likely to produce an ND. Here are the top four that I have found …

Semi-automatic shotguns arguably have the most complicated feeding mechanisms among all of the firearms types out there. Therefore, shortcuts become rather tempting. To save steps, most shooters drop a round through the ejection port, send it home, and then roll it over to fill the tubular magazine. Simple enough, just so long as your pinky doesn’t get snagged inside the trigger guard on the backstroke. Should that happen, you are going to get a lot of looks, and the heavy recoil might also be enough to knock the shotgun off of your shooting bench, landing it in an unsafe direction. To stave this one off, it’s best to leave the chamber empty while filling the tube and then put the gun into your shoulder to top off the last round. This keeps the rest of your fingers out of harm’s way, and establishes better support and control over the muzzle direction.

2. Retracting the slide on a semi-auto handgun

When it comes time to unload a semi-automatic handgun, the first step is to remove the magazine and then yank back on the slide to expel the last cartridge from the chamber. While simple enough, there have been instances where shooters touched off that last round unintentionally. Typically, it involves their finger already on the trigger or at least in the trigger guard. If they slip while pulling the slide back, the forward momentum is usually enough to slam their finger into the trigger and is typically accompanied by a grasping action. The key to avoiding this one is twofold. One, keep your finger away from the trigger at all times and learn what it feels like when you are not doing so. Two, understand that unloading is never a hurried activity. Take your time and ensure that it happens safely.

3. Tripping with a hunting rifle

The days of hunting rifles with 100-pound triggers are over. Today, manufacturers seek to make the triggers on these firearms as light as possible, as hunters desire this for more accurate shooting. That being said, it doesn’t take much to set one off, which should always be in the back of your mind when walking on uneven terrain. The woods can be best summed up as “a trip and fall waiting to happen.” Basically, there are two kinds of hunters: those who have fallen and those who haven’t fallen yet. A trip and fall with your finger near the trigger is almost always going to result in an ND with a minimal margin for “safe direction.” The best practice is to make your way to your hunting stand or blind with an empty chamber. In the odd event you scare something up along the way, a skilled rifle shooter should be able to work the bolt fast enough to take a shot.

4. Slipping when cocking a revolver

Revolver triggers can be the best you’ve ever pressed or your worst nightmare … all depending on if you are firing it in double action or single action. To get that nice single-action trigger press, the hammer must manually be cocked (for some that’s the only way to fire them at all). However, if during the process your thumb slips off of the spur and your finger is on the trigger? BANG. Most revolvers safeguard against this with a transfer bar safety; however, the action of putting pressure on the trigger purposely defeats this mechanism, as it is designed to protect against negligent discharge from dropping the gun on its hammer. So what’s the solution? Well, you guessed it; keeping your finger away from the trigger when you cock the hammer.

Looking at the four scenarios closely, you’ll notice a common thread; the shooters all interacted with the trigger. This means that the same solution can be applied to each: Keep your fingers away from the bang switch unless you intend to fire. While this sounds simple, it’s essential to know that your trigger finger has a natural tendency to rest on the trigger. This is because gun manufacturers know that you can’t see this area of the gun when you assume a shooting position. Therefore, most designs put your finger directly in line with the trigger when you pick up a firearm. In short, even if you’ve never touched a gun before, you already have a “bad habit.”

You might have also noticed that I never mentioned: “engaging a mechanical safety” in the preceding text. This is because that is not always an option, nor is it guaranteed to work. The best mechanical safety extends from the palm of your hand, it’s called a trigger finger, and it should be your primary. The best internal safety is between your ears. Focus on the task at hand, don’t get complacent and maintain good trigger-finger discipline … it’s a habit for life.