At first glance, Steel Challenge looks easy. The shooter stands in a box facing five white steel plates of varying sizes, distances and arrays. At the sound of the beep, they will draw their center-fire handgun, or raise their rimfire rifle, pistol or pistol-caliber carbine from a Low Ready position, proceeding to hit each one, all while remembering to shoot the one sitting on the red post last.

What complicates things is the shooter’s success (or failure) is measured in the 0.01-second increments that it took for them to hit those five plates. Anything that a shooter can do to speed up their time through a string of fire—and avoid accumulating those pesky 0.01-second increments—will result in a better score. 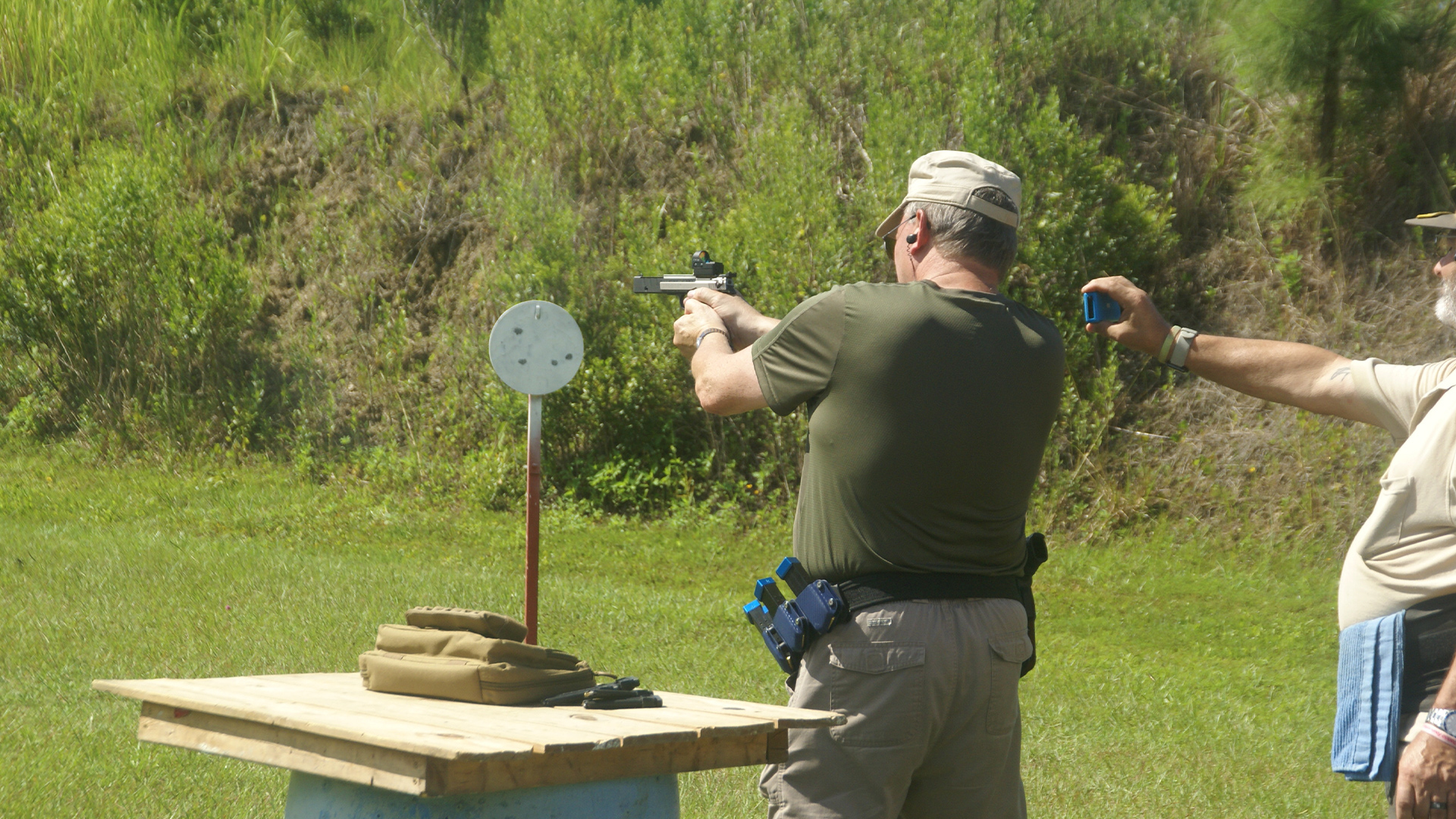 With the sights far ahead of the shooter’s eyes, handgunners have the necessary peripheral vision to make this simple technique effective.

One way to speed up time is to quickly hit the first plate while avoiding a miss. Once that’s done, however, there are still four more plates to hit, requiring the shooter to transition to each one over wide-ranging angles and distances. 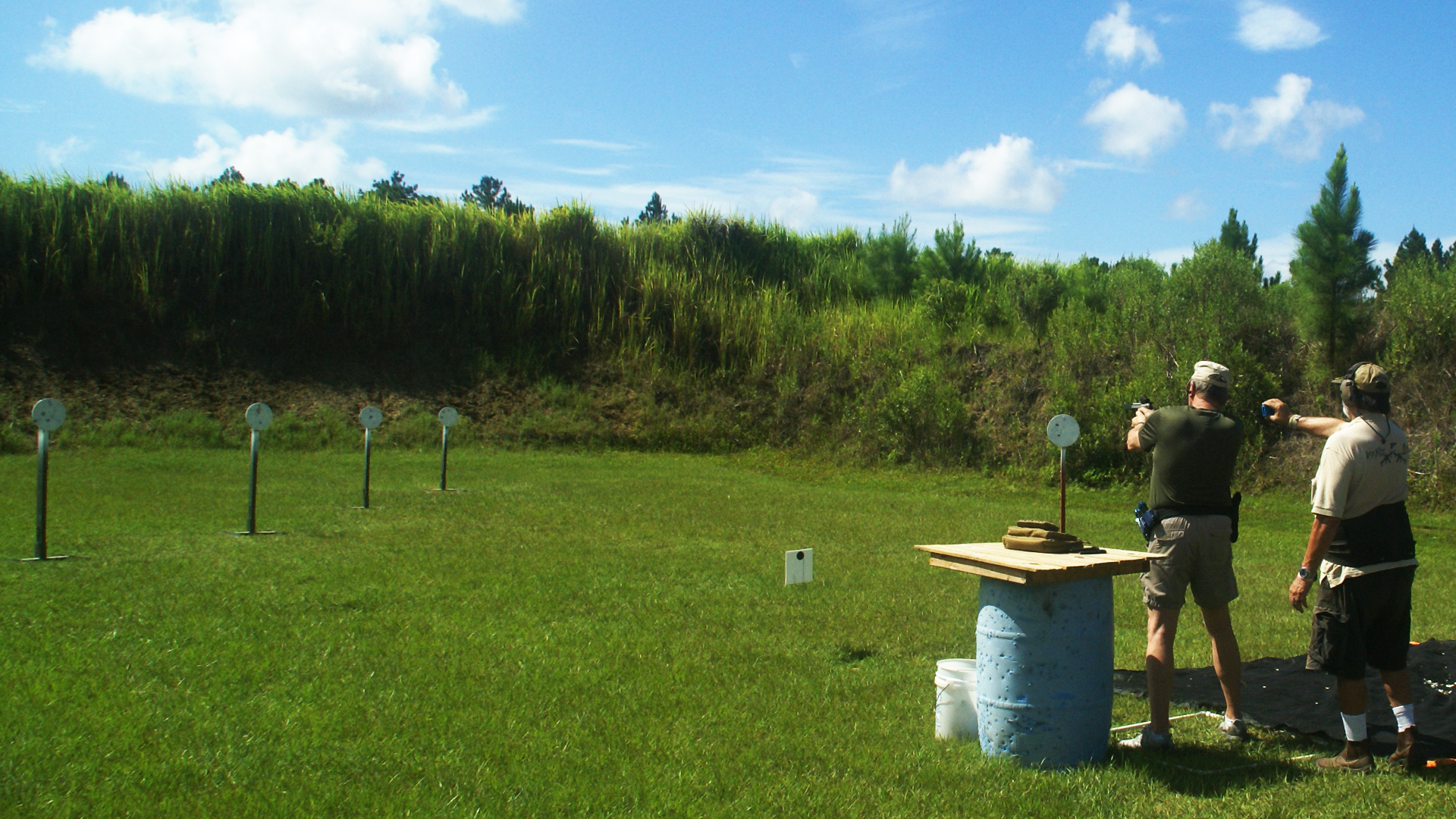 With the eyes finding the target first, and the hips twisting to bring the gun on line, speed can be increased on long transitions.

Experienced shooters don’t let their gun lead them to the next target. Their eyes find the target first and lead the gun to it. On those stages with long transitions, such as Speed Option, Five to Go and Accelerator, a slight twist of the hips helps move the eyes and torso to the next target.

The technique goes by several names, e.g., “seeing faster,” “eyes first” or eyes lead.” But the procedure remains the same, no matter the name—as soon as the first plate is hit, the shooter’s eyes move to the next target, while the hips twist to help align the torso and gun to it.

Although it sounds complex, the eyes lead and hip twist technique is actually easy to do with a handgun. With the sights (iron or reflex) well in front of the shooter’s eyes, their peripheral vision is unimpeded, allowing the eyes free rein to move. If reflex sights are used, a big window model is desirable. Optics with large windows, such as the Viridian RFX35, Trijicon SRO, SIG ROMEO3 Max and others, can be an asset to avoid losing the dot when the eyes shift from the sights to the next target. 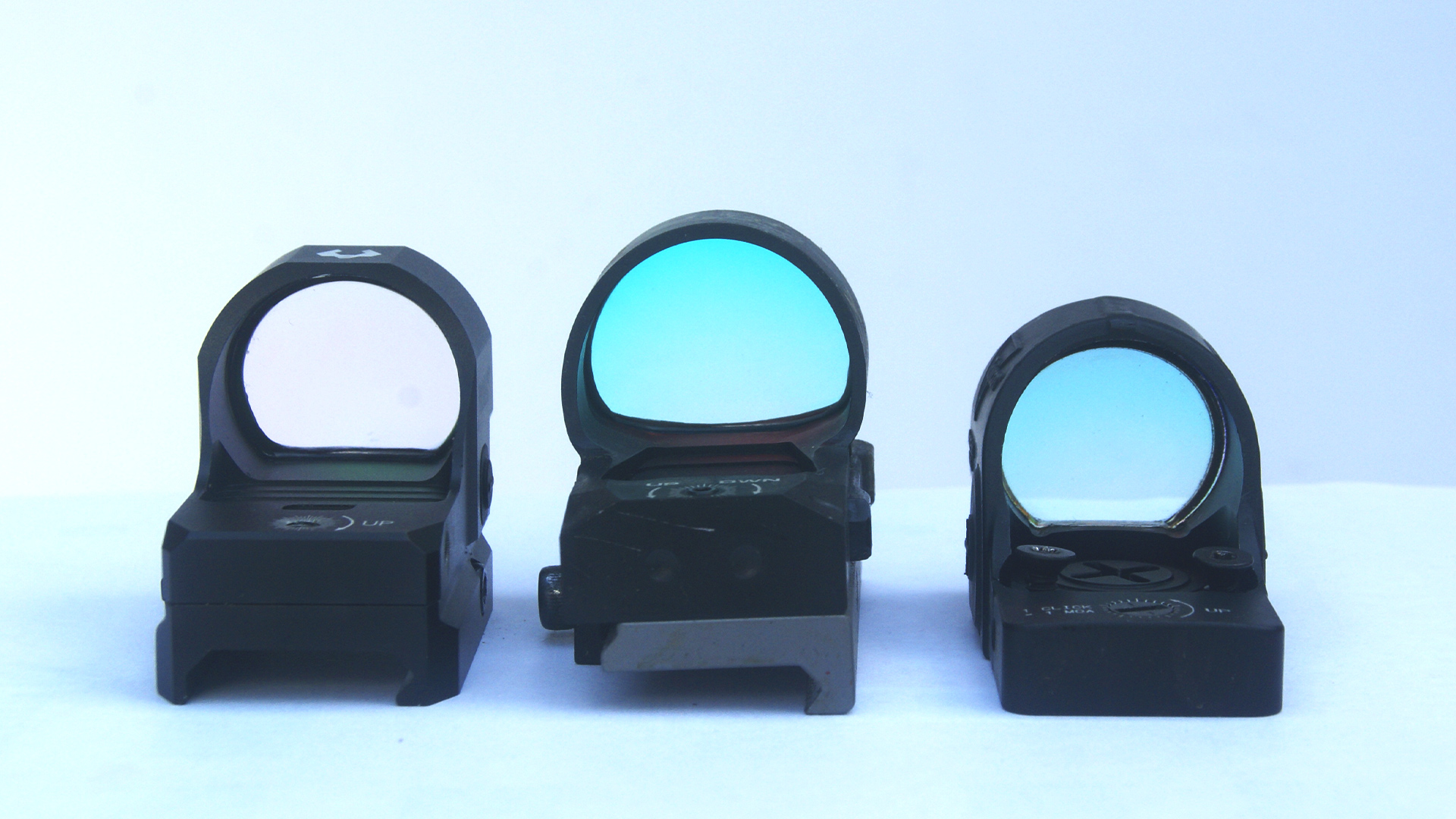 Big window reflex sights, such as (l. to r.): the Viridian RFX35, SIG ROMEO3 Max and Trijicon SRO are an asset on handguns, but are almost mandatory on long guns for this technique.

It’s not as simple with a long gun. That’s because as legions of clay target shooters and rifle competitors have learned, “Love thy wood” is not an empty phrase. When the cheek comes off the stock and breaks the cheek weld, the shot, whether the target is a streaking clay or a 10-ring, will normally go high. Breaking the cheek weld to send the eyes to the next target pretty much guarantees a miss, no matter how fast the target is acquired. A higher comb that produces a solid cheek weld allows more peripheral vision, and combined with a big window sight and a slight hip twist, will move your eyes and the sight window more quickly to the next target than just a swing.

How much time a shooter can save on transitions with the eyes lead and hip twist technique depends upon how well—and how quickly—they execute it. But time will be saved, and even the proverbial “blink of an eye” can be significant in competition. 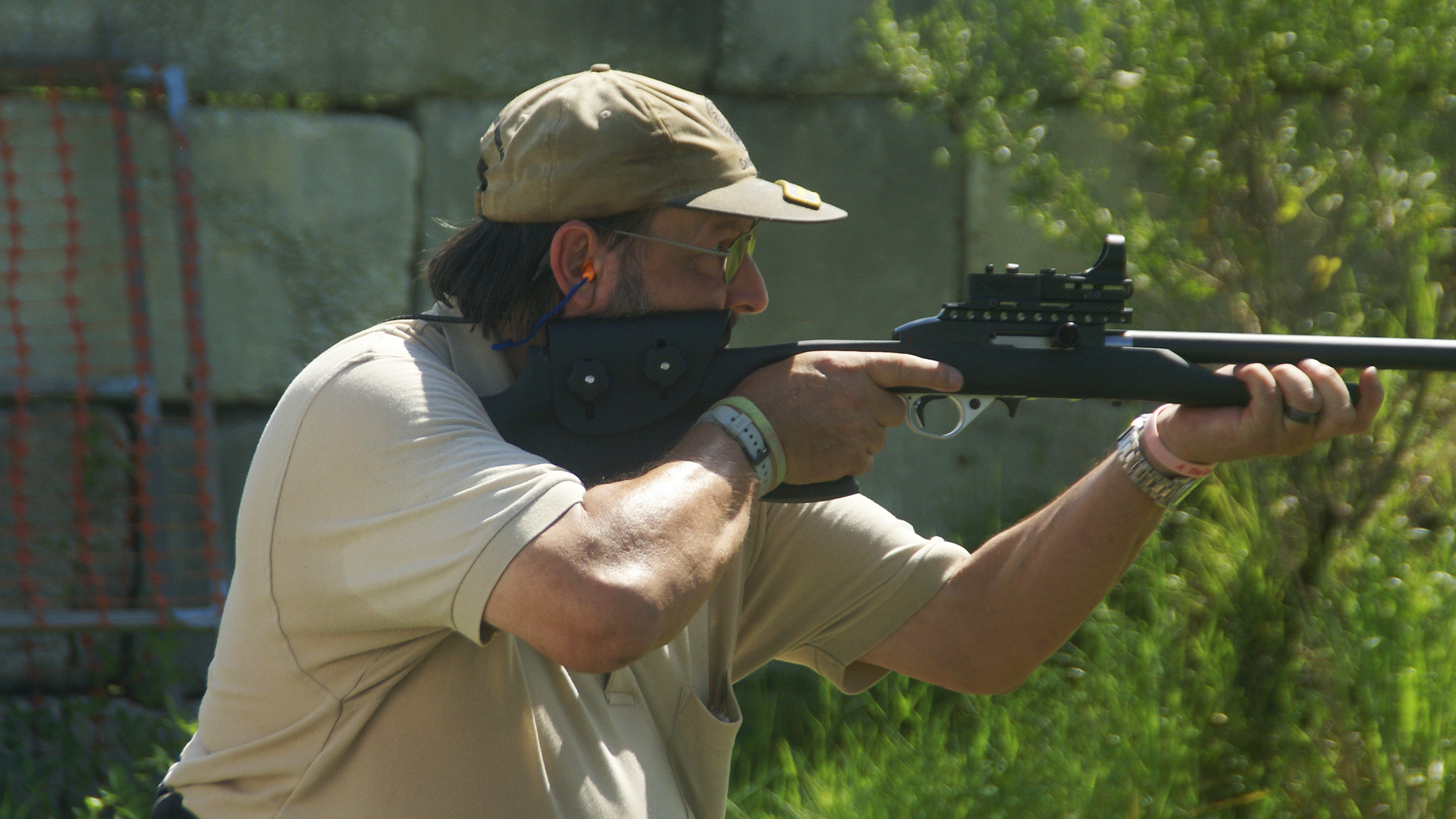 Long gun shooters will find that a high comb and large window sight will increase the peripheral vision needed to make this technique work.

Thanks to the miracle of modern science, we know that the duration of the average human eye blink ranges from 0.10 (100 milliseconds) to 0.40 seconds. Even with the shortest “blink of an eye,” that’s still shaving 0.10 second per transition—0.40 second for the four plates on a string—and a total of 1.60 seconds for the four scored runs on seven of the eight stages. If a shooter is currently averaging 12 seconds on a stage, that “blink of an eye” now gives then a 10.40-second stage score. For the 31 scored strings in an eight-stage match, that’s 12.40 seconds saved, and a significant score boost.

As with any new technique, this requires an acclimation period before taking it to a match. This is best done with cardboard targets with a white circle on a cardboard backing. That can be a paper plate tacked onto the backing, or a white cut-out target. The backing will show where the misses are, something shooting a metal plate can’t replicate. By doing this, the misses can teach more than the hits.

Three or four targets will work. A distance of 15 yards is good. The first two should be set to approximate the first plate and the next plate on any stage. That’s important to get the original transition rhythm. The remaining targets can be set to mimic the distance and angle to the remaining transition targets, or the Stop Plate of many stages. All it takes is some imagination. But this drill will show how much hip twist is necessary to get your eyes on the next target.

Mastering this process will take some time. But no significant improvements in action shooting occur overnight. Once a shooter gets comfortable with the eyes lead and hip twist technique, those “blinks of the eye” will start to add up—enough to result in an upward classification bump.